How will the changes and challenges of the past year affect the funeral and cremation industry?

In 2022 more than ever, a new year will certainly bring new trends in Oakland, CA funeral homes, cremation services, memorials, and more. Here is a list of funeral home trends for this year to inspire your planning and preplanning as well as provide interesting insights.

To begin, there will be a lot of virtual services and personalized services. Virtual funerals, wakes, and memorials became popular in 2020 because of the COVID-19 pandemic. However, we predict they will remain popular well into 2022 as virtual services offer many benefits from ease of scheduling to allowing out-of-town family members and loved ones to easily attend. Funerals have slowly been moving away from tradition and becoming more and more personalized to the deceased and their loved ones. Unique, creative personalization of the funeral service has become the new norm. This means you’re free to choose the services, products, and traditions you want for the deceased’s funeral or memorial, whether that means hosting a celebration of life or putting them to rest in a cremation urn that will turn into a tree.

Direct cremation and at-home funerals will be popular, too. Direct cremation is when the body is cremated directly after death without any embalming, wake, or other services. Direct cremation is the most affordable body disposition method, which is perhaps why its gaining popularity. Beyond savings, it also allows the family to hold a memorial, scattering, or any other kind of service whenever they want as opposed to right after the death. What about memorial gardens or preplanning? A memorial garden is a community garden dedicated to the deceased. Oftentimes the dedication is made official through donations and made known through a plaque or a memorial bench. These gardens are becoming more and more popular as ways to remember the deceased and honor them for generations to come. Preplanning or advance planning funeral arrangements is a great trend as preplanning offers many benefits including savings, reduced stress, more control over your own funeral, and the ability to plan a more personalized service. 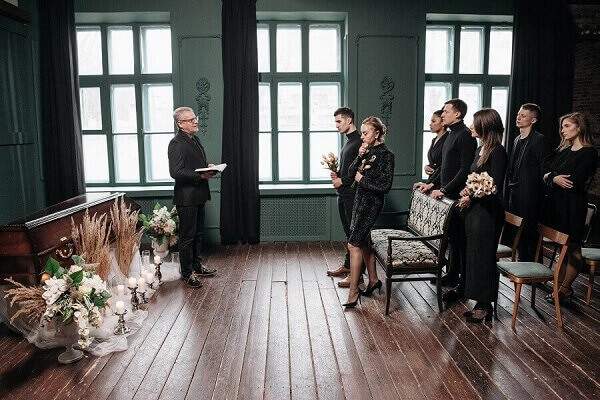 DIY is moving from home improvement to funerals and memorials. An at-home funeral is when the memorial or funeral service is held in the home rather than in an official facility. A home funeral cuts down many of the common funeral costs and can be much more eco-friendly, but there are still many benefits to hosting a funeral or memorial at a funeral home. Unlike more traditional burials with embalming, heavily decorated caskets, and imported flowers, natural burials are all about keeping things simple. They use simple biodegradable urns, bamboo caskets, or cotton burial shrouds to minimize environmental impact and increase the speed of decomposition. As consumers, we’re becoming more aware of the affect we have on the environment. This has led to an uptick in sustainable or environmentally friendly funeral and cremation services like green burials, eco-friendly cremation caskets and runs, and a general increase in sensitivity surrounding sustainability and renewal after death.

Call or visit us today if you have more questions on industry trends or funeral homes in Oakland, CA.

When you think about funerals or cremations, you most likely picture somber, dark rooms full of grief, formality, macabre moments, and feelings of loss. Like most, you probably associate death with negative feelings and thoughts. The death positive movement, however, seeks to accept death as a natural part of life without treating it as taboo. Keep reading to find out if cremation services in Oakland, CA can be death positive.

The death positive movement is thought to have first been derived from the work of anthropologist Ernest Becker in his 1973 book “The Denial of Death.” The term “death positive” was later created by coined by author and mortician Caitlin Doughty, who was heavily influenced by Becker. The movement centers around the concept that, as death a natural part of life, we need to be comfortable with talking about, planning for, and generally accepting death. The movement’s leaders give examples including having honest discussions with loved ones and family about the process of dying, what happens to bodies after death, death rituals and traditions, options for burial, funerals, body disposition, and ceremonies to honor a person’s legacy. No matter how or what you do as part of the death positive movement, its main idea is that if we talk about and approach death from an open and honest place, we won’t be so afraid and anxious about it.

Based on this information, yes! Cremation services can be death positive! Here are more of the movement’s integral ideas and beliefs to help you decide if its right for you.

Modern generations are very uncomfortable with death and dead bodies. However, the positive death movement believes that personally taking care of a loved one’s body after death results in open and healthy grief. They also believe green or natural burial options should be available for all. Natural burials are when the body or cremated remains are buried without embalming or a shroud and in a simple pine casket or cremation urn. This does necessitate a quick process after a death, but it is most similar to how our ancestors lost and grieved. Family-centered funerals should be the norm. Instead of written in a will or discussed after a death with a funeral director, end-of-life wishes should be openly and honestly discussed with the family. This encourages positivity and normalcy around death and also helps ensure the deceased’s final wishes are carried out. 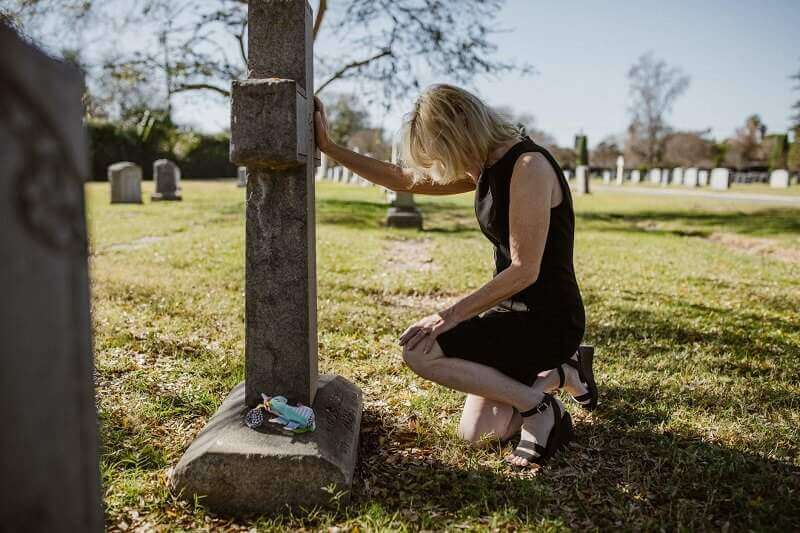 The idea that hands-on participation in the service, body preparation, and burial or cremation can be healing is another core death positivity belief. The death positivity movement also believes in the incorporation of meaningful rituals and ceremony into the activities surrounding a death. Science has shown rituals such as eulogies, readings, songs or singing, donating a body to science, or even the simple act of burial or cremains scattering offer closure, aid in grief, and lead to healthier mourning.

Call or visit us today for more information as we are happy to help if you want to learn more about the death positivity movement or have questions about Oakland, CA cremation services.

If someone you know and love recently lost someone, you probably want to help them however you can. After all, losing a loved one and going through their memorial and cremation service in Oakland, CA is never easy. Use these 10 simple ways to express sympathy to inspire your actions: 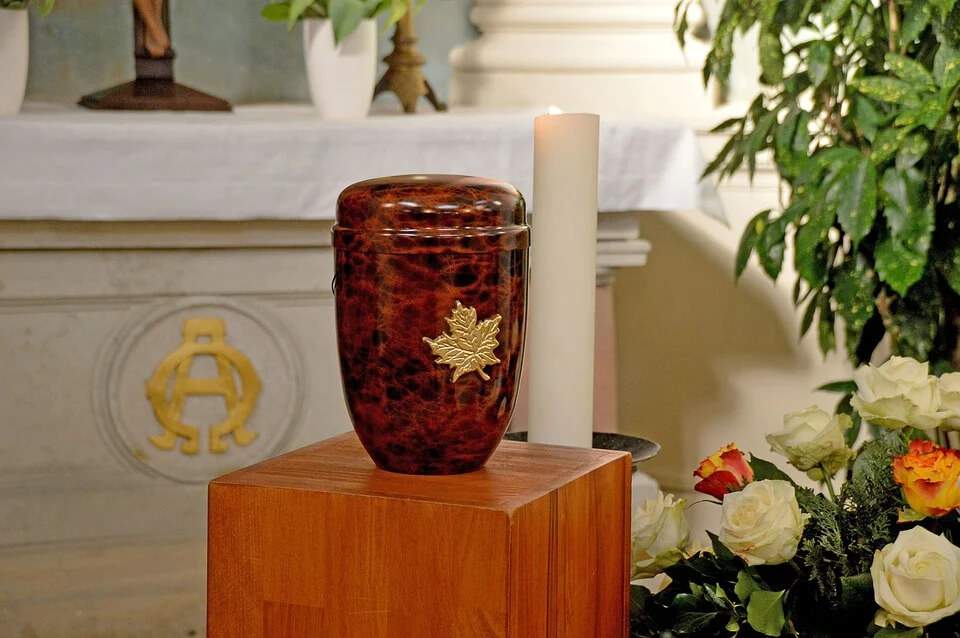 These are just a few of the many ways you can help someone going through a loss. Pay us a visit or give us a call today for more information on grieving or Oakland, CA funeral homes.

Companion urns are large containers that hold the remains of two people after their cremation services in Oakland, CA. Often intended for a husband and wife or other partners, these urns generally have two separate compartments or one open area large enough for both sets of cremated remains.

Companion urns come in two standard shapes. There are two standard companion urn shapes: vase-style, rounded and box-shaped, rectangular. The vase-style, rounded urns are often ceramic as they are made on a potter’s wheel, while the rectangular urns are often made from metal, stone, or wood as square, cornered construction is easier with those materials. Are you into saving the environment? Biodegradable companion urns can be released into the ocean. Biodegradable companion urns are eco-friendly vessels that allow you to bury or scatter the remains out in nature. They are made from natural materials that will decompose over time, returning your loved ones’ remains to the earth.

Want to be sure generations to come know who is in the urn? Add a photograph! You can personalize a companion urn with individual photos of who is inside or, even better, a photo of the two people together. Try a photo-etched stone or granite urn that has the picture carved directly into the urn’s surface. You can also look into photo frame urns that allow you to change out the picture as often as you’d like.

Companion urns also come in many different materials. You can find companion urns in almost any material, from metal and granite to wood, glass, ceramic, marble, and more. In order to narrow down your options, consider how the urn will be used. For example, do you want it to be buried? Choose a durable material like stone, granite, or marble if you want it to last, or wood or another biodegradable material if you want it to decay naturally. You can personalize companion urns even if one or both of the people are still living. Pre-planning for your eventual passing can also include personalizing your future companion urn. Try inscriptions with a personal sentiment, important dates, or even a special message from you to your loved ones.